Professional Golfer Gets the “Mulligan” of a Lifetime 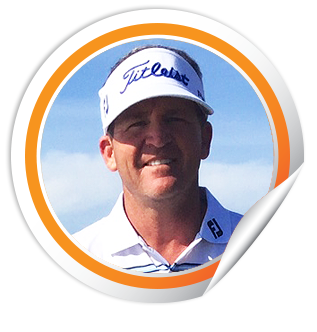 With two PGA Tour wins under his belt, a beautiful wife and two young sons, 42-year-old professional golfer, Jason Bohn, felt like he was on top of the world.

However, when he suddenly began experiencing chest pains and shortness of breath during the Honda Classic, nobody yelled “fore!” to warn him these were signs of a heart attack.

“I had just finished up my second round and was in the locker room when I felt tightness in my chest,” Jason recalls. “I didn’t think much of it, but I knew I didn’t feel right.”

He called over the EMTs, who gave him an EKG to test his heart and immediately saw that something was wrong.

“I was going to just go shower and then drive myself to the hospital, but the medics said they were taking me on a stretcher to the hospital in an ambulance,” Jason says. “That’s when I knew this was bigger than what I had first anticipated. It was at that moment that I felt scared. All I could think about was my family and wishing I could see them.”

Since the tournament was located at PGA National in Palm Beach Gardens, Jason was taken to the nearest hospital, Palm Beach Gardens Medical Center, which happens to be an award-winning cardiac hospital. When Jason arrived at the emergency room, he went through a battery of tests, one of which came back positive, suggesting he may have had a heart attack.

“I was in complete shock,” he recalls. “I’m not overweight, I exercise, and there’s no history of heart disease in my family. Could this really be happening to me?”

Interventional cardiologist, Dr. Jyoti Mohanty, arranged a special team for Jason to undergo a cardiac catheterization to find out exactly what was going on with his heart.

“I was extremely anxious about the procedure, but Dr. Mohanty totally put my mind at ease,” Jason shares. “He told me how common it was and that everything would go smoothly.”

The test confirmed that he did in fact have a heart attack and that 99% of a main artery in his heart was blocked.  The blockage was in his left anterior descending artery, also known as the ‘widow maker’ because it could lead to a major heart attack. Dr. Mohanty inserted a balloon, followed by a stent to open up the artery. Afterwards, Jason spent a few days recuperating in his hospital room.

“The whole time I was being tended to,” he shares. “Dr. Mohanty, along with other hospital staff members, kept me informed and comfortable about my situation. As a patient, you can’t ask for anything more than that. From top to bottom, it was a great experience for me at Palm Beach Gardens Medical Center. I am so lucky this was the hospital they brought me to.”

Now, Jason is at home and has a completely different perspective on life after going through a near-death experience.

“I am so thankful for my family, and I tell them every day how appreciative I am of them,” he expresses. “I let them know how much they are loved and cared for.”

The most important message Jason wants to tell people is that regardless of how healthy you think you are, always get check-ups, and if you are feeling any sort of pressure or pain in your chest, go to the hospital immediately.

“It’s important for me to educate my friends and family about that,” he says.

Although Jason is still recovering, he looks forward to the day he will be able to compete again and believes he will come out of this even stronger than before.

“I know this isn’t going to take me down, and I feel fortunate to have a second chance,” he shares. “When you drop that mulligan, that second ball is always better than the first.”