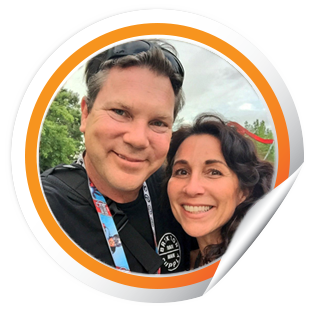 Michael Martin didn’t want to admit that at 41, he may have a heart problem. Although he had smoked since he was 17, he frequented the gym and ate a healthy diet. Michael attributed the chest pain he had been experiencing for two years to the daily stress of being a father of five, a local pet spa owner and director of a nonprofit organization called Being Nice Matters. He tried cutting back on caffeine and taking over-the-counter antacid medication, but it only gave him temporary relief.

On June 17, two days before Father’s Day, Michael had planned to spend the day many miles offshore on his boat, but instead, ended up in the emergency room. While driving, he suffered a “widowmaker” heart attack, caused by a blockage of his left anterior descending artery (LAD), which supplies the heart muscle with blood.

With his fist clenched to his chest, Michael cut across three lanes of traffic to get to the nearest clinic, and while waiting in line, recorded farewell videos for his children. It’s a memory that still gnaws at him.

“I knew that I was in the process of dying,” Michael says. “I realized that if I didn’t make videos for my kids, they wouldn’t have anything. I didn’t think about all the things I didn’t get to do. I simply thought about the children I wouldn’t get to raise.” 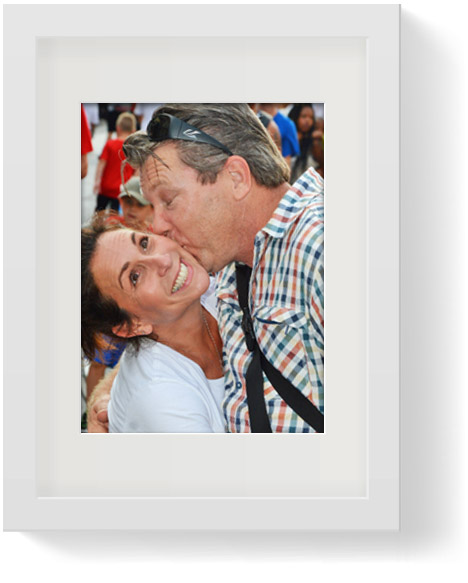 He called his partner, Alyce, to ask her to tell the kids he loved them because he didn’t know what would happen next. The doctor at the clinic told him he needed to go to a hospital and called 911. An ambulance rushed him to the emergency room at Palm Beach Gardens Medical Center, known for its award-winning cardiac care. Within minutes of his arrival, he was surrounded by medical staff rushing him to the catheterization lab.

Michael equated the pain of having a heart attack to someone reaching into his chest and squeezing his heart or pulling it out. His entire body was rigid with an electrified, tingling sensation. Dr. Rahul Aggarwal, a cardiologist on the medical staff at Palm Beach Gardens Medical Center, performed angioplasty to quickly restore bloodflow through Michael’s LAD. The moment Dr. Aggarwal inserted a catheter, the pain ceased.
“It was like if you were holding your breath underwater, about to die, and finally you reach the surface and pop your head out… times a million!” Michael recalls.

Despite the terrifying situation he was in, he felt comforted by the caring staff, who consistently kept him in the loop and explained what was going on.

“Quite honestly, they saved my life.”

Now that Michael is back in his Jupiter Farms home, he is doing cardiac rehabilitation and regaining his strength. He longs to take his boat out again and is working on managing his stress and balancing his life. Michael’s new favorite saying is “death is real.” He urges people his age who notice any changes to their physical ability to seek medical attention and advises them not to be stubborn and simply push through the pain as he did. Michael’s heart attack was a wakeup call. He has since quit smoking and has been vigilantly monitoring all areas of his health. Thanks to the cardiac team at Palm Beach Gardens Medical Center, Michael was able to spend Father’s Day with his children and is looking forward to celebrating many more to come.