Skip to main content and our Accessibility Statement may be found in the footer of our website.
Back To Stroke Stories
{{CTAButtonText}}

All of a sudden: Stroke

Stroke happens fast, unexpectedly and without warning. That's how Alicia Didia describes her own stroke.

"I wasn't in the mood to cook dinner, so I grabbed a frozen pizza out of the fridge. To my surprise, the instructions on how to cook the pizza were blurry," Alicia says. "The next thing I remember, my son Scott was kneeling over me asking if I knew my name. I could see my name written in the air, just floating there, but I couldn't say it."

Scott ran outside to get his older brother, John, and the two sons attempted to give their mother water. As the water dripped out of her mouth, they realized she was likely having a stroke. Minutes later, an ambulance arrived to take Alicia to Palm Beach Gardens Medical Center.

"Fortunately, the results from my CT scan showed there were no signs of bleeding in my brain, which meant I was most likely suffering from an ischemic stroke," explains Alicia.

It takes a village

To confirm the diagnosis, the neurologist and medical director of the Primary Stroke Center at Palm Beach Gardens, performed several tests. He showed Alicia picture cards and told her to describe what she saw, but she wasn't able to put her thoughts into speech and had difficulty repeating simple words.

The tests confirmed an ischemic stroke, which occurs when an artery to the brain is blocked. The doctor gave Alicia an injection of tissue plasminogen activator (tPA), a clot-busting drug and blood thinner.

"Miraculously, five minutes later, I was talking to the doctor like nothing had happened. When he told me I just had a stroke, I couldn't believe it!" she says.

Alicia notes that there are many people to whom she will be forever grateful, those whose quick actions helped ensure her survival and recovery.

"I am so thankful my sons recognized what was happening and called 9-1-1 right away. If I had been home alone, I probably would have gone to sleep, and I’m not sure if I would have woken up," she says. "I am also appreciative of the North Palm Beach Fire Rescue crew who noticed my symptoms and called the hospital ahead of time so they could prepare for my arrival."

"Most of all, I want to thank the stroke team at Palm Beach Gardens Medical Center for their quick actions in diagnosing, treating and saving my life before it was too late," Alicia says. 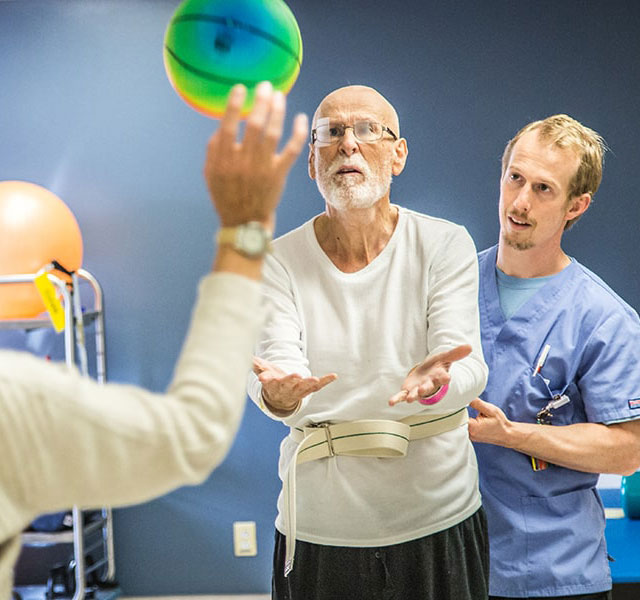